The second single, “Forget About You,” leads charge; 4-week winter tour announced
November 8, 2019 – Portland, OR – Today, Pacific Northwest roots-rockers Fruition released the much-anticipated, Wild As The Night, a 7-song collection of new music showcasing their honest song-crafting skills and individual musical talents in a blend that could only be forged from years of playing together. Coming hot off of a buzzed-about late-night set at Hangtown Music Festival and guitarist and mandolinist Mimi Naja’s participation in What The Night Brings: A Tribute To Jeff Austin, Fruition have also just announced a 4-week tour of the midwest and northeast before returning to the west coast for WinterWonderGrass at Squaw Valley Resort. A full list of dates can be found below and Wild As The Night can now be streamed or purchased by clicking here.

Wild As The Night’s second single, “Forget About You,” pulses underneath a tale of longing for a lost love from the never-ending road. “‘It’s a song that came out of me in less than 10 minutes at a hotel parking lot, with no instrument, just a melody, in the middle of the night after driving 8 hrs,” says Fruition’s electric guitar slinger and singer, Jay Cobb Anderson. “It’s an honest and vulnerable look at what the road life can feel like.” “Wild As The Night,” the album’s first single, was declared a “21st-century soft-rock treasure” in NPR Music’s “Best New Songs” roundup.

The eclectic, after-hours vibe of Wild As The Night comes naturally to the Portland, Oregon-based band, composed of Anderson (electric guitar, vocals), Kellen Asebroek (piano, acoustic guitar, vocals), Jeff Leonard (bass), Mimi Naja (mandolin, electric guitar, vocals) and Tyler Thompson (drums). With a renewed focus on harnessing the energy of the live experience, this collection of new music allows listeners to get a glimpse of these longtime friends doing what they do best on stage, whether they’re opening for the Wood Brothers, Greensky Bluegrass, and Jack Johnson, or playing at festivals like Bonnaroo,Telluride Bluegrass, and DelFest.

“Forget About You” and “Wild As The Night” open the album, setting the tone of the record as a whole; commiserating in sorrows and lifting spirits. “Sweet Hereafter” follows the album’s self-titled single with an entrancing drum and piano loop that could be equally at home on a James Blake record. The organic beat gives way to thick repeating harmonies, leaving the listener wanting more after a subtle fade to silence. The album picks back up, tempo-wise, with a quick rock and roll study in city living with “Raining In The City” before it dives back into more classic Fruition territory with a campfire celebration of the Oregon Coast in “Manzanita Moonlight.” “Don’t Give Up On Me”’s seductive groove dips back into the commiseration with the final verse lamenting, “All the world is just empty without somebody to love.”

“For me, I’ve just always hoped that people relate to the music, whether it’s a certain chord movement that lifts their spirit or comforts their sorrow, or a lyric that speaks to them like it was written for them,” Asebroek says. “This music comes from places of vulnerability and I hope people can take their guard down a little while resonating with it.”

Recorded at Silo Sound Studio in Denver, Wild As The Night captures the band’s mindset in the midst of relentless touring. “We were exhausted, but musically firing on all cylinders,” says Thompson, who shares production credit with the band on the new project. “It’s extremely diverse Americana, with a focus on great songwriting and harmonies. We weren’t going for a particular sound, just something that’s honest to our live sound along with a few tricks we learned from our last producer, Tucker Martine.”

“Something that has always tied our variable styles together is the honesty in the songwriting, the attention paid toward what is genuinely and deeply catchy, not superficially so,” Asebroek says. “Vocal harmonies have also always been a unifying tool for our band. The Fruition sound has always been about being more than the sum of our parts.” 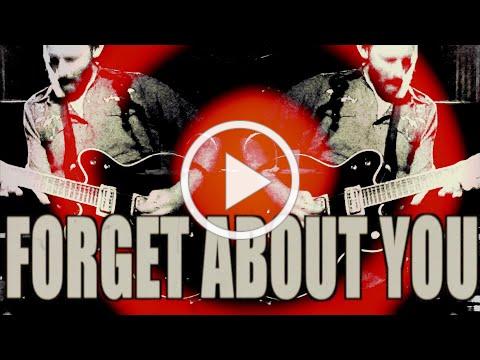 About Fruition:
Fruition’s newest album, Wild As The Night, conveys the emotions of our darkest, and sometimes weakest, moments. Influenced equally by acoustic music as well as rock ‘n’ roll, the eclectic, after-hours vibe comes naturally to the Portland, Oregon-based band, composed of Jay Cobb Anderson (electric guitar, vocals), Kellen Asebroek (piano, acoustic guitar vocals), Jeff Leonard (bass), Mimi Naja (mandolin, electric guitar, vocals) and Tyler Thompson (drums). Their unmistakable vocal blend first revealed itself in 2008 when Anderson tagged along with Asebroek and Naja for an afternoon of busking in Portland. Since that time, they have opened shows for the Wood Brothers, Greensky Bluegrass, and Jack Johnson, and appeared at festivals like Telluride Bluegrass, Bonnaroo, and DelFest. Wild As The Night follows the band’s acclaimed Tucker Martine-produced 2018 album, Watching It All Fall Apart.

Boy In Space Releases Official Video For “On A Prayer” Feat....

Bow & Arrow Brewing Co. is Right on Target for Growth